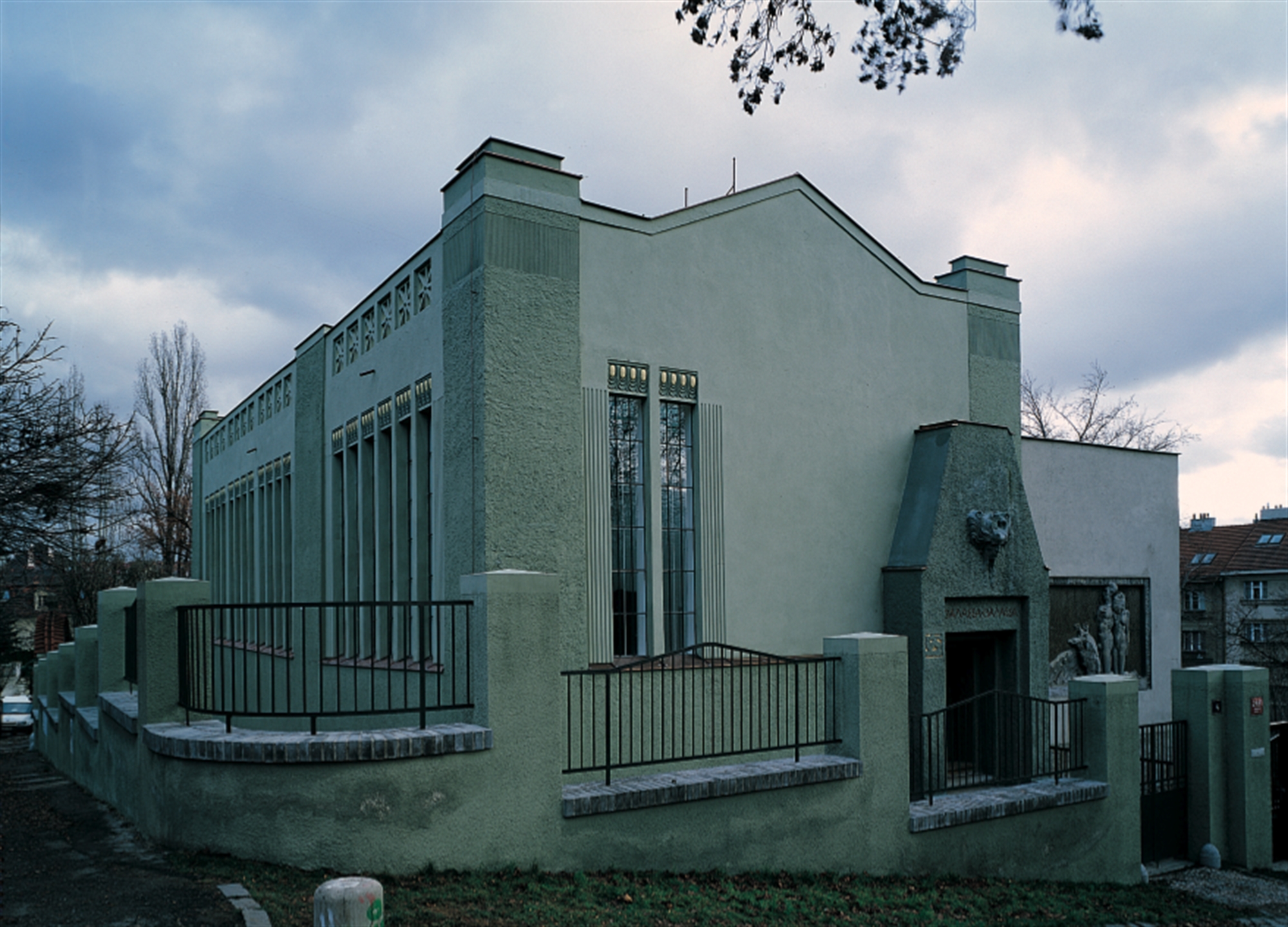 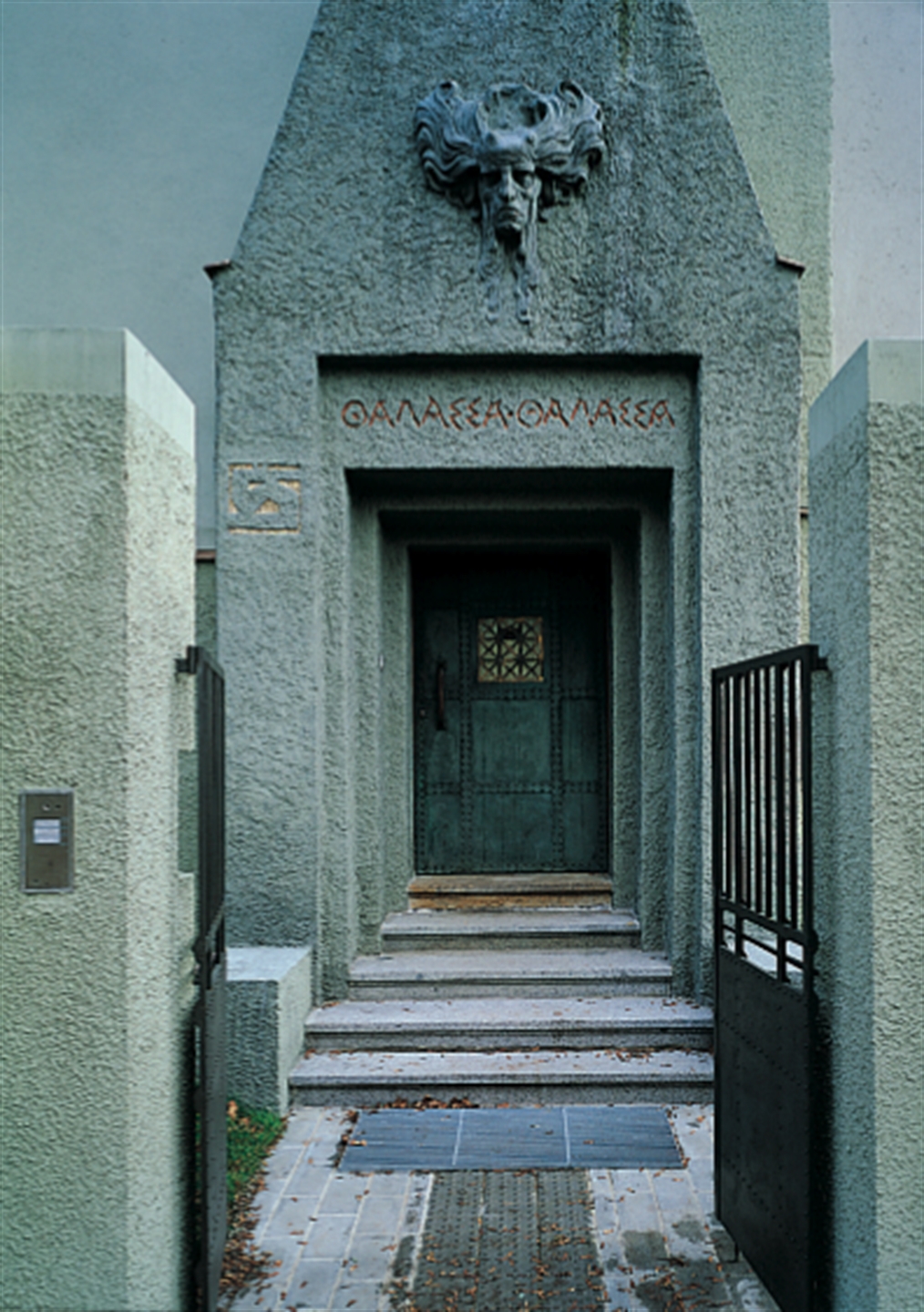 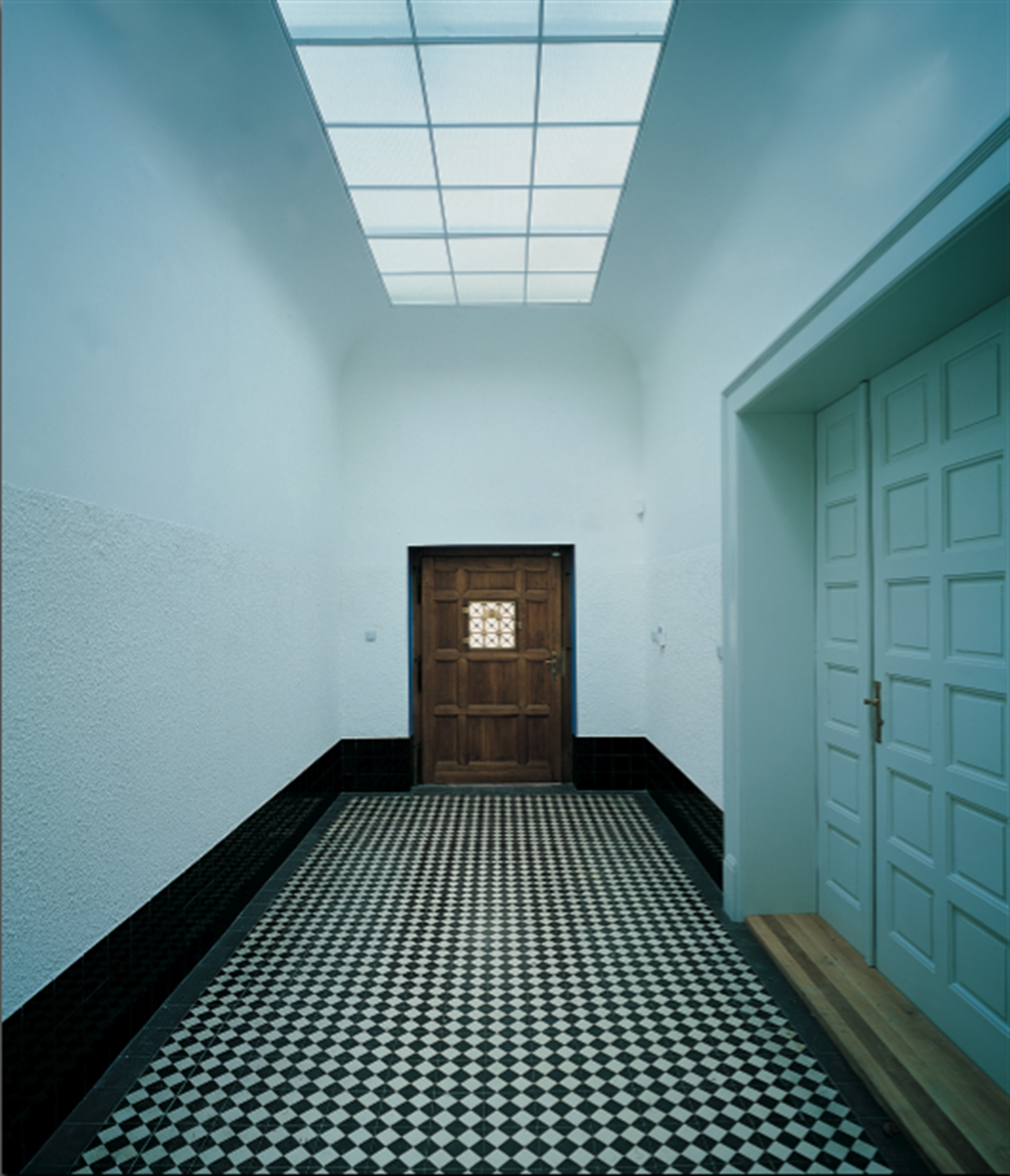 Saloun's Villa, located in a quiet area of Vinohrady, is a former studio of the Czech sculptor Ladislav Saloun (1870-1946), a leading figure of Czech Art Nouveau symbolism and the author of the famous Jan Hus memorial in the Old Town Square finished in 1915. Saloun's Villa is a unique gem of Art Nouveau architecture, which was built between 1908 and 1910 and finished in 1911. Saloun decided to build his new studio after his project won the competition to create a new Jan Hus statue in the Old Town Square because his older studio located in the area of Wenceslas Square simply was not big enough for such a large statue. Saloun's Villa quickly became popular as a meeting point for Czech artists such as the sculptor Frantisek Bilek, the poet Otokar Brezina, the painter Alfons Mucha, the singer Ema Destinova, the composer and conductor Jan Kubelik and the print maker and writer Josef Vachal, who in his memoirs mentions the occult séances which took place in the cellar of the villa. The villa became a protected cultural monument in 1958 but was in an increasingly run-down state until 2006 when a complete renovation started, which was finished a year later. The villa is now used as teaching space for guest professors of the AVU (The Academy of Fine Arts).

Located at the bottom of Wenceslas Square, is the Art Nouveau Koruna Palace. Notice the top of this interesting building; a golden crown of pearls sits perched atop of the gray structure, surrounded b ...

Completed in 1911, the Municipal House is a fine example of Art Nouveau architecture in Prague, perhaps even the best. Designed by Antonin Balsanek and Osvald Polivka and built on the former site of t ...

One of the most beautiful buildings and hotels in Prague, Hotel Paris is the work of architect Jan Veirych. Finished in 1904, the splendid hotel featured grand elements of the Art Nouveau movement (th ...

Located on famous Wenceslas Square, home to revolutions and protests, sits the grand Hotel Evropa. This Art Nouveau beauty was built in 1889 under the name At the Archduke Stephan, but between 1903 an ...

The Wilsonova Building at the Main Railway Station

The main railway station, the largest, busiest and probably the dirtiest in the Czech Republic, used to be a thing of beauty. The Art Nouveau building with its station and ticket hall was designed by ...

Located on Narodni Street, across from the National Theater, the pretty Topic House is yet another fine example of Art Nouveau architecture in Prague. The house is named after the famous publisher in ...